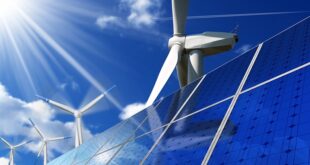 TURKEY TO RANK FIFTH IN EUROPE IN RENEWABLE POWER GROWTH…

Wind has the biggest share in clean energy investments…

According to the BNEF study, the share of wind in the $ 137 billion yearly investment was $ 72.5 billion.

According to data from the London-based research firm Bloomberg New Energy Finance (BNEF), the biggest share in the increase was offshore wind energy investments by far.

According to the data, investments in this area increased by 319% compared to the first half of 2019 and reached 35 billion dollars.

In the study, it was pointed out that this figure is over 31.9 billion dollars in the field of offshore wind energy in the whole of 2019, the highest annual investment amount ever.

Although solar energy decreased by 12% compared to a year ago, it became the second technology area where the most investment was made with an investment of 54.7 billion dollars.

With Solar Power Plants (GES) projects, it will be ensured that the electricity energy obtained …